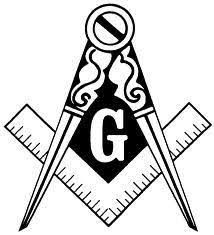 From 1872 until 1915 the home of the Springville Lodge was in the upper level of the new Methodist Church on Marietta Street. It was only with the assistance of the Springville Lodge that the Methodist were able to construct a new church building after the original was destroyed during the Civil War. In the early 1900’s Congress enacted legislation authorizing payment for damages to the churches. At this time the joint ownership between the Masonic Lodge and the Methodist Church was dissolved. The Church was then able to purchase the equity in the property then held by the Masons.

The Masons in turn purchased a building located at 4434 Marietta Street downtown, from Mr. J. A. Lewis. This building remained their home until 1966.

In 1966 the Masons moved into their present location on Hwy 278 (Austell-Powder Springs Road) in Powder Springs. The Grand Master was Paul H. Ponder and Lodge Master was Raymond L. Ward, Jr.

Some of the Masons have served more than one term, consecutive or various years, as Master of the Lodge. George W. Lane (1841-1914) was one such Mason. He served twelve terms over the years of 1884 through 1914.

Many other Masons have served in other capacities of the Lodge over the years. Some of the members have celebrated fifty or more years as Mason’s. In 1998, 50 year awards were presented to Samual Camp, Thomas H. McCollum, Junior Deacan, and Michael Long.

Through the years, the Lodge has held various fund raisers to help those in need whether in the community or outside the community. They have awarded scholarship money, fed the homeless, helped individuals and families get back on their feet – just to name a few.

The Springville Lodge continues to be an active part of the community even in 2018. They have regular Communication twice a month, meeting on the second and fourth Tuesday.