Powder Springs Funeral Home originally opened in the 1850’s. The founder was Mr. Uriah Mathews. It was located in the area of town square. He kept the business until he sold it to Mr. Thomas Newell Lindley in 1899. At that time Mr. Lindley had a store and bookstore, and a casket room on the back of it. Uncle Tom ran the business until his death in 1937. On December 24, 1936 he hired Mr. Warren Watson “Pinky” Jennings. In 1937 Tom Lindley’s grandson Mr. Frank Pickens “Pick” Lindley took over the business. In 1940, the first actual funeral home building was opened. It was located in the Lindley Calloway House, which stands next door to the present location (now Mon Ami Academy). In 1953 the business was moved next door into the Walker Florence House. In 1968 Pick Lindley sold the funeral home to Mr. Gene Davis and it was renamed White Columns Funeral Home at Powder Springs. He only kept the business for three years, and in 1971 it was sold to Mr. Marion Heyward Turk. At this time the funeral home was called Turk’s Memory Chapel. Upon Mr. Turk’s death in 1980 his family sold the funeral home to Mr. Dennis Edward Bellamy. Mr. Bellamy still owns and operates the funeral home. Bellamy Funeral Home will open a new location in Hiram in November 1996, but the Powder Springs Funeral Home will remain in the present location. Over the years many people have worked at the funeral home, including Mr. Walter Thomas “Soup” Turner, Mrs. Mina Murray Turner, Mr. Marcus Dewitt Abernathy, Mr. Lloyd Duncan, Mr. Ralph Linton “Lin” Spratlin, Mr. Terry Pendley, Mr. Eric Jon White II, Mr. Duane John Baay, Mr. C. David Kirkland, Mr. Brantley Hastings, Mrs. Hilda McCarson, Mrs. Shelly Bellamy Palmer, and Mrs. Tara Genobles. Pinky Jennings continues to work at the funueral home, and on Christmas Eve of this year he will have achieved 60 years of service.
Sara Francis Miller, 1995, Seven Springs Museum Newsletter 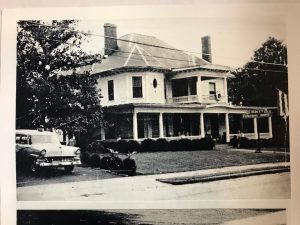 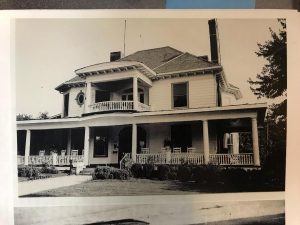 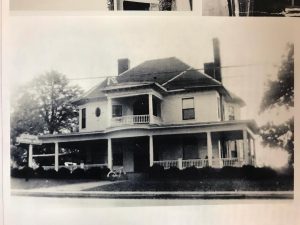