The baseball team of Powder Springs is one of the strongest in this section of the state for amateurs and the city is more than proud of the sturdy youngsters. Something like 25 games have been played up todate and only 4 defeats have been registered against them. Such strong teams as Acworth, Austell, Tallapoosa, Dallas and several teams from Atlanta have been met and defeated. Only one team has managed to break even with them, this being the Douglasville team. So far, the contest between the two stands 2 & 2.A game is scheduled today, Thursday, with the strong Rockmart team, while an attempt is to be made Saturday to break the tie with Douglasville. The line-up of the Powder Springs team is as follows:

As you can see, Powder Springs has always had some kind of baseball Team through the years and enjoy a very good reputation.

The Powder Springs Woman’s Club was a Community Service Organization. The Club was organized in 1959 by Catherine Mellichamp. She served as the first President. (Some records indicate that Wanda Baker and Billie Brooks were the ones who organized the Club). There were thirty active members.

Their purpose or objectives were to work together to unite the influence and services of women in promoting the improvement of the civic, cultural, educational, social welfare and moral advancement in the Community.

Members were acquired through open membership and were eligible if they lived in Powder Springs or the surrounding communities which did not have a Woman’s Club. If they were interested and wished to join, the Club members would do an investigation to verify their eligibility and acceptance.

The Club belonged to the Georgia and General Federation of Woman’s Clubs to which they paid dues.

Meetings would be held on the second Tuesday of each month, May through September. They met in a members home each and had luncheons several times a year. Dues were set at $25.00 per year.

The Club was set up into several committees working together for the common good with specific duties within the Club. These Committees were: Publicity; Scrapbook; Membership/Program: Friendship/Inspirational; Youth Services, Health and Community Service; Scholarship; Ways and Means and Cookbook. A special Committee: Fashion.

Scrapbooks of all meetings, events and programs would be maintained.

In 1960 the Club saw a need for a library to serve the area. The basement of the City Hall was given to the Powder Springs Woman’s Club to use for a library and health center. When it was first opened, it held only 20 books, plus the Cobb County Bookmobile visited weekly. For two years the library was operated solely by the Club’s volunteer workers, at first half a day for two days a week and then increased to four days a week until the county took over the library. Volunteer aides also assisted Nurse Maggie Browning in the health center.

When the library was first opened, it held only twenty books. The Cobb County Bookmobile visited weekly. In 1967, the county built a new library on Marietta Street. The Club then landscaped the grounds and held an open house serving refreshments. County and State Officials were transported by bus from the main library in Marietta to visit the opening of several new libraries that same day. Later, the Club initiated the Story Hour Program in the Powder Springs Library. Volunteers from the Club Membership ran the program until it was adopted by the Cobb County Library System.

When the Health Center moved to the fire department building in the 1960’s, the Women’s Club painted the new center, furnished draperies and children’s furniture. The Club purchased a hearing machine and furnished volunteer help for the center when needed until the county took over this project.

On September 18, 1988, the Club held an ice cream social at the dedication of the new Town Square during the Powder Springs
Sesquicentennial celebration.

They provided books for new school libraries, volunteer work in the schools, and landscaping. Sponsoring a poster contest with local artists choosing the winners. Art materials were awarded as the prizes. Members have made tapes to be used with reading and shown videos about animals and the proper care of pets. Beginning in 1974, the Club sponsored the McEachern High School Scholarship Award. The Club has assisted a Number of college students during their first year at Kennesaw State University. In 1991, the scholarship was expanded to include Colleges other than Kennesaw.

In 1977, they published their first Cookbook.

In 1985 they donated a refrigerator and an outside bench to the newly opened Senior Center in Powder Springs.

In 1988, a scholarship for vocational education was also started.

In 1991, as a result of expansion of the school attendance area for Powder Springs, the scholarships were opened to students in any local school where a club member has a student attending.

During the Desert Shield and Desert Storm Operations in 1990-1991, club member Ann Smith headed the Club’s support of the Troops to Saudi
Arabia and Iraq by sending letters and care packages. They continued to send cards, letters and more care packages to our troops.

The Club organized and held its first blood drive December 4, 1990 at the Ron Anderson Building. They continued to make this an annual event. Through the years, the club had speakers at their meetings from various organizations and businesses and public civic services and leaders.

In 2003 the first annual fashion show and luncheon was held.

In 2004 redecorated the Ford Center.

In 2005 saw the purchase of defibrillators for Dowell, Powder Springs Elementary and Varner Elementary Schools. The club now had 5 editions of their Cookbooks.

In 2006 donated a refrigerator to the Powder Springs Senior Center. Purchased audio and hearing equipment at the new schools in the community – Hillgrove and Lovinggood. The annual Fashion Show was changed to a “Tea” format.

In 2008 the club moved their meetings to the new Library building in town. They donated wheel chairs to four local schools. Held the first Gingerbread House contest.

2010 saw the Club’s celebration of their 50th Anniversary. They celebrated with a coffee on January 31 at the Ford Center.

They also held a Voting Health Check at Lost Mountain Senior Center with Health Screens which each participate could follow up with their own primary care doctor.

A Book Drive was held to collect children’s books through the 8th grade for donation to the local schools. With the these books members, started reading as a story hour to the students at Powder Springs Elementary.

In 2012, held a “Mad Hatter Tea Party” in the place of their annual fashion Show. Raised money for the club and the Alzheimer’s Association with the 5k Race.

The Powder Springs Woman’s Club disbanded in 2014, but will always be remembered by the members and their families, the community and those that benefited from their kindness and devotion to making Powder Springs a better community.

This 2019 history of the Powder Springs Woman’s Club has been compiled from information taken from the club’s Minutes of their meetings, various club documents, notes and scrapbooks which have been donated to the Historical Society and housed at the Museum. 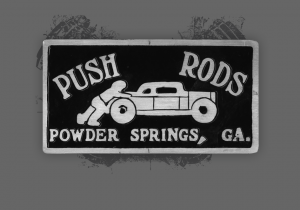