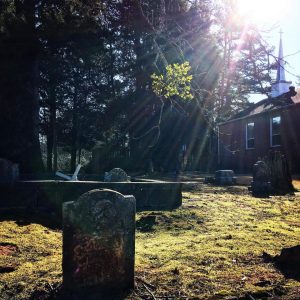 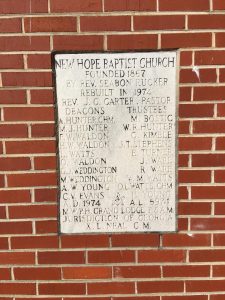 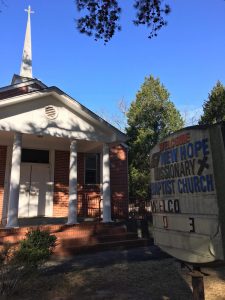 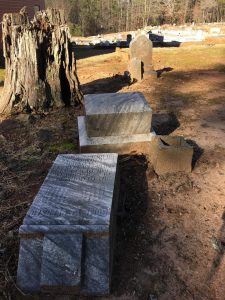 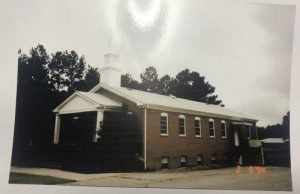 The Church of God of Prophecy Cemetery was established in 1960 and is located behind the Powder Springs Christian Fellowship Center at 4050 Austell-Powder Springs Road. This was the original Church of God Prophecy built in 1960. The cemetery backs up to the Methodist Cemetery.

The first burial was in December of 1960 of Eric Glenn Gilmer, infant son of Mr. and Mrs. Lamar Gilmer.

The Church of God of Prophecy was organized in 1937. Their first church was built below Clarkdale in 1939-40. They sold that property and built a new church building in Powder Springs at 4050 Austell-Powder Springs Road in 1959-60. Ralph E. Bryant was pastor.

In the Church of God Cemetery are buries church members and their families.

There are two graves at the edge of the woods on the right as you enter the cemetery. Alfonso D. Thompkins (1874-1949) and Fanny G. Thompkins (1895-1970). These graves are part of the Methodist Cemetery and not the Church of God Cemetery. 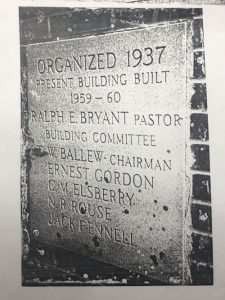 Annie Jane Summerall Herrin (1942-2015) who served as church Clerk/Treasurer, Sunday School Teacher and Praise and Worship Leader. She retired from Bank of America in Austell after thirty-five years of service.

Marilyn Minter Ingram Stephens (1937-2013) served in the Music Ministry of the church for over sixty years.

There are also several Veterans from various wars buried here. These listed here are some of those Veterans. A “Thank You” always to all our Veterans no matter when or how they served their country.

There are memorial markers honoring the lives and families that are buried here in their final resting place.

The Church of God Cemetery has between 90-100 graves.

The cemetery is sometimes referred to as the Powder Springs Christian Fellowship Cemetery.

Al those buried here have left our community a better place to live, touching many lives along the way.

Note: The history of the church was taken from the information compiled by Annie Mary Gordon and Doris Hembree Gramling in the 1980s and 90s at the request of Sarah Frances Miller and Virginia Tapp. The information these two ladies provided are part of the archives of the Seven Springs Historical Society and housed at the Seven Springs Museum at the Bodiford House. We are indebted to these two gracious ladies for sharing this with us. 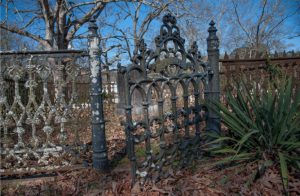 The Baptist Cemetery was established in 1840 and is the oldest cemetery in Powder Springs. It is located downtown on the corner of Jackson Way and Pineview Drive.

The earliest marked burial is dated 1840 and is that of the infant daughter of W. Jaud Kiser, one month and 26 days. Her mother was Nancy Kiser. 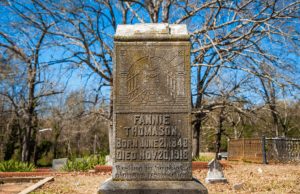 In the Baptist Cemetery are buried a number of the pioneer families of Powder Springs. There are Butner’s, Baggett’s, Compton’s, Goodwin’s, Hardy’s, Kiser’s, Landrum’s, Lindley’s, Ragsdale’s, Rice’s and more. Some were merchants of various trades, others were farmers, pastors, doctors and just regular town folks. 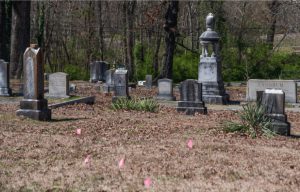 There is a large open area in the Cemetery that does not have any markers that would identify graves in the area. However, the indentions in the earth appeared to indicate that there were burials here. In 2017 The Seven Springs Historical Society took on a project to have this area studied to help determine if there were actually unmarked graves in this area of the Baptist Cemetery.

In the process he identified 135 unmarked graves, marking them with orange flags. Some of the graves were buried deeper than usual indicating much earlier burials than 1840 and could possibly be Indian Burials. Powder Springs has a history of Cherokee and Creek tribes living in the area. Numerous artifacts have also be found verifying their presence. 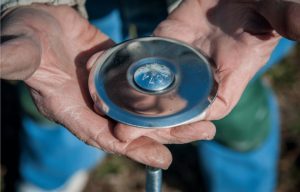 In late March of 2018, several members of the Historical Society met at the Cemetery and installed these markers. The markers lie flat on the ground and will not interfere with the normal maintenance off the Cemetery. They can later be located by metal detectors.

The Seven Springs Historical Society plan to place a marker recognizing that these 135 burial sites are now identified and marked for future generations. The Society also plans to erect a sign identifying the Cemetery as the Baptist Cemetery. 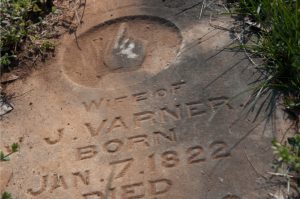 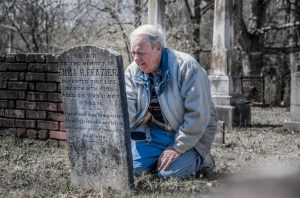 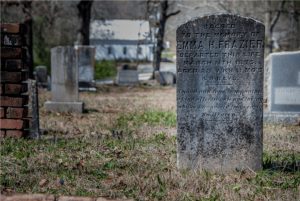 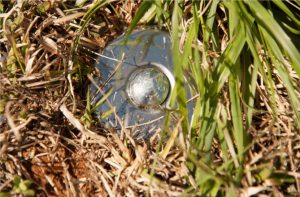